In the Fall of 2018 a local project in Nipigon was submitted and was a finalist for funding which required online voting for the project in direct competition with other worthwhile projects.

Earlier in 2018 three buildings on front street began to be renovated to create an arts hub for youth and more here in Nipigon. Renovation funding came from other sources however it was thought additional funding could really give the project a leg up by purchasing supplies and providing startup costs to help get the final project up and running.

Being behind in voting, even with dedicated voters and a simple Facebook campaign across multiple free avenues I decided to try some paid advertising in the form of a sponsored post through Facebook.

Using one of my Facebook Pages I created a post which included an attention grabbing image as well as text describing what was needed and a link to the voting page.

Text describing the cause and a link for the voting;

Support a youth oriented art hub for Nipigon. The buildings are being renovated Tbaytel is giving out $5000 grants and this project is in the final stages of voting by you, the people. Goto the website below, scroll down to the Edge arts Nipigon, Select it select that you are not a robot (unless you are in which case lie) vote press F5 on your keyboard (refresh) repeat as many times as you can

Targeted to people living in:

Overall results from an expenditure of $37.29 by myself for a sponsored Facebook post to assist and increase the voting for the Edge arts project and $5000 funding from Tbaytel for good.

Sponsored post WAS NOT optimized for engagements, rather to show to as many people as possible.

Overall the sponsored post reached 3863 people generating 1051 engagements. Engagements include picture and link clicking as people were directed to the voting page.

There were also 31 shares to additional Facebook groups and by users. The secondary reach of those shares is not reflected here although it would be substantial.

Ad #2 after the time extension, ran for less than 24 hours. Added learn more button that linked to the voting page.

From previous post sponsoring, there are approximately 600 residents within 25 miles of Nipigon (would include Nipigon, outskirts, Red Rock and Lake Helen) who access Facebook. This number increases during high traffic/tourism-based seasons due to their geo-location within Facebook.

Additional targeting by age, hobbies, and interests could have easily increased engagement numbers.

Sponsoring of Facebook posts can have a great impact for highly localized targets and events. Costs for reach is tiny compared to traditional media although traditional media can amplify the engagements if done correctly.

Sponsoring posts to the proper markets (Thunder bay, USA, Southern Ontario) is an effective and inexpensive method of advertising and generating responses. Proper audience selection as well as timing are key to a sponsored ads success.

And Nipigon won the funding from Tbaytel coming in second place by a very large margin. 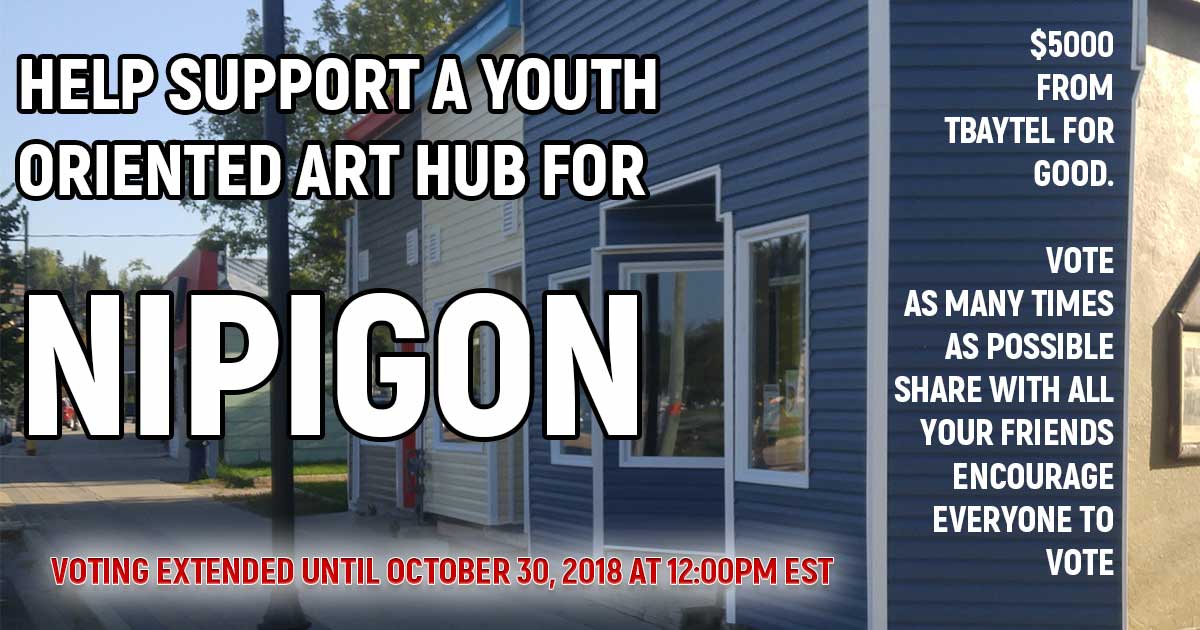